Set your practice up for success with our eBook. Discover how to improve patient experience and boost revenue. 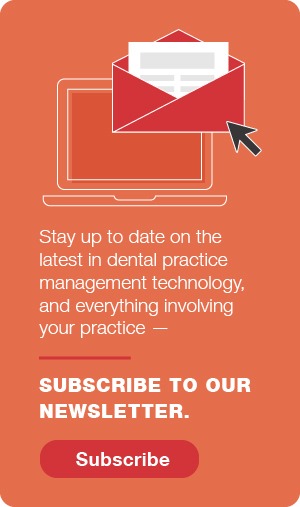 A chat with our Co-Founder, Michael Sokol

We have a chat with our co-founder, Michael Sokol, about what the early days of Dental4Windows were like and how it has grown over almost 30 years.

To understand the tribulation and determination needed to succeed as an immigrant in Australia, one need not look further than Centaur Software’s very own co-founder, Michael Sokol. Born in Odessa, Ukraine, and moving to Sydney at the young age of 19, Michael describes his initial move as “tough but very exciting.”

Determined to get a footing in his new home, Michael quickly learned English and soon after graduated with a Computer Science degree from the University of Technology. This was not without its complications, of course, as Michael vividly recounted himself always sitting in lectures with an English-to-Russian dictionary in hand.  It is this sheer determination for success that has certainly pillared the success of Centaur Software, which today has been in operation since 1992 – almost 30 years – and is continuing to grow.

After university, Michael worked for various organisations like HCF and later CSR as a programmer, before being promoted as the manager for the data management team. It was during this time that Michael met Centaur co-founders, Dr Frank Papadopoulos and Yuri Tsimbler, who had discovered an untouched pocket in the dental market, and revealed the need for an all-encompassing, highly integrated dental practice management system in Australia.

Sitting on milk crates out of the back of Frank’s dental surgery, with the three of them working secondary jobs to sustain themselves, they programmed the first version of Dental4Windows, installing it in Frank’s practice in 1993. When speaking to Michael, he described this stage as the easiest part, “of course building the product had its difficulties, but truthfully the hard part afterwards was the commercialisation.”

Dental4Windows was spread on a word-of-mouth basis at the beginning, expanding to some of Frank’s contacts in the dental industry and being shared from there. However, selling to other dentists proved very difficult. As Michael recalls, “dentists had a lot of bad experiences with practice management systems in the past, where people came into the market, sold them software and then disappeared. They left them with software without any support or anyone to call.”

Further drilling this point home, at his first tradeshow visit, a dentist had told Michael, “I can see that you are professional, but I want to see you here next year and the year after next before I consider buying your software.” Whilst a tough thing to hear, it was this sentiment that solidified the importance of Centaur developing into the trustworthy and reliable software that it is today.

Taking around seven years to break even, the release of the second version of D4W in the year 2000 was a huge milestone for the Centaur Software team. The software, which was built on a new platform called ‘Power Builder’, was far more scalable than its first-generation counterpart, allowing Centaur to better adapt to the demands of its customers.

Michael attributes a large part of Centaur’s growth to its customers, noting that “everything that we have learnt has been through our customers, if they want something, we try to create that for them.” It is no surprise then that the number one priority in his eyes is service and ensuring that the some 4,000 Dental4Windows customers are always provided with the support that they need.

Technological advancements aplenty throughout the company’s existence, Michael couldn’t help but look back on the incredible growth the software had made in its capabilities over the years.  “I remember the first time we trialled bringing a remote clinic together into the central database…it was so slow…but it was fun.”

From remote clinics to extensive corporations, Dental4Windows has grown from users in Australia and New Zealand to the United Arab Emirates, Eastern Europe, South East Asia and most recently implemented at Cyprus University, and shows no signs of slowing down.

Now, looking to the future, he faces this same excitement again, with a brand-new product: Dental4Web.

“Our future is in the web browser world. Cloud computing is going to succeed and be the future of dentistry, I think Australian businesses are fast adopters and are keen to make the change… D4Web will allow practices to focus on what they do best – dentistry – and leave us to look after the rest.”

Recapping on his journey building a company from the ground up in a foreign country, “I tell you there were moments when I was thinking we were never going to make it, a couple of times where we had bitten off more than we could chew, but we pushed through, we survived, and here we are. I can’t wait to see what the future holds.” – Michael Sokol.